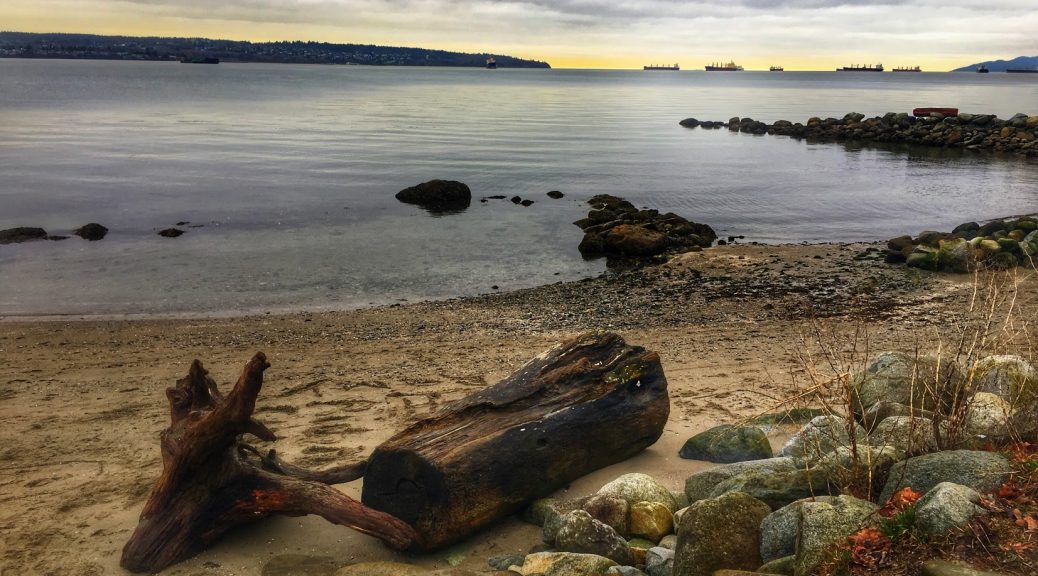 One of the more enjoyable things I’ve gotten to do with my travel benefits has been to travel for sporting events. I’m a huge Boston Bruins fan, and I try and see them play on the road at least once per season. Over the past 5 years I’ve been to nearly half of the NHL’s arenas.

The season was winding down, and I hadn’t yet been to a game. Luckily, some space opened up to Vancouver, and I headed north of the border to catch a game and explore British Columbia for the first time.

I took the train directly from the airport to my hotel. I had booked a room at the Park Inn & Suites to take advantage of my Club Carlson status. The hotel wasn’t downtown, but because of how good Vancouver’s public transit is, I didn’t mind.

I was upgraded to the Maple Leaf Suite when checking in, and it was stunning. A full size kitchen, living room with fireplace, bedroom with fireplace, and two bathrooms. To top it off, I was treated to an incredible view of the Vancouver Skyline. It’s too bad I was only staying for one night!

After dropping my things in the room, I ventured out to explore the city a bit before the game, stopping first to get some Poutine. The #1 recommended place in Vancouver is La Belle Patate, and it did not disappoint.

I then walked over to Stanley Park to try and burn off some of the excess calories from the meal. The park is beautiful, and I enjoyed walking along the seawall.

Unfortunately, I didn’t get as much time to explore as I would have liked, as it started raining. So I grabbed a bus and headed to Rogers Arena, home of the Vancouver Canucks.

As a Bruins fan, Rogers Arena will hold a special place in my heart, as the Bruins hoisted the Stanley Cup there in 2011. I had grabbed a good seat behind the Vancouver net, and enjoyed interacting with the local fans.

The game was tight through two periods, but Boston pulled away In the third for the victory. I’ve got a remarkably good record watching my team on the road, and it was nice to add to the record.

Instead of taking the train back, I hopped on a bus a short walk from the arena, which brought me right back to the hotel. I grabbed a few hours of sleep and made my way back to the airport the following morning.