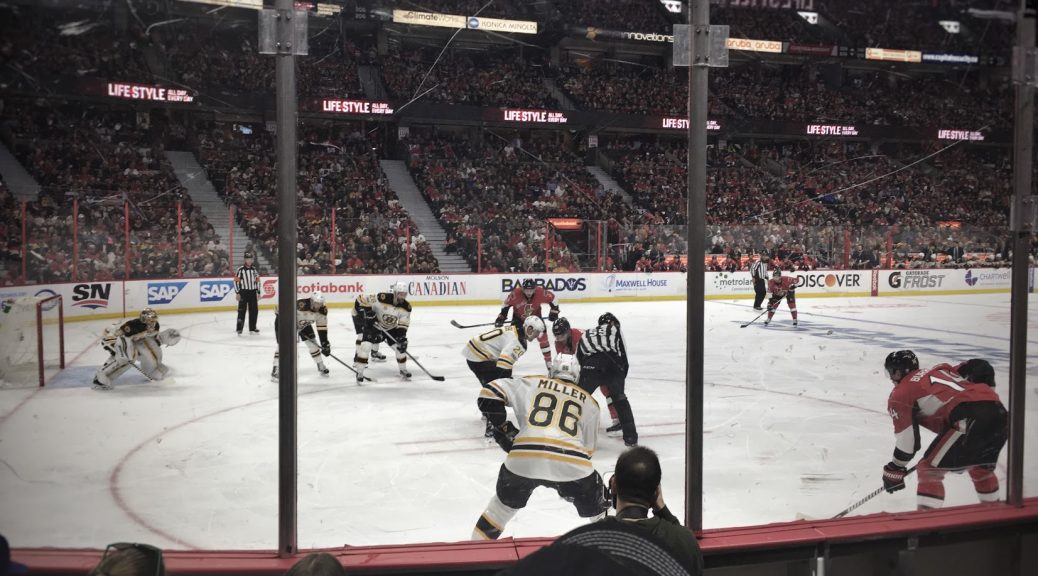 As I mentioned in my last post, I love traveling to watch my favorite sports teams on the road. I try and catch at least one road Bruins game per year, and if the Bruins make the playoffs, I do everything I can to watch a playoff game as well.

After a 3 year playoff drought, Boston made the playoffs and matched up against Ottawa. I had wanted them to play a different team, as I had been to Ottawa for a Bruins game a few years ago, but the matchups didn’t work out in my favor. Still, I decided to make a weekend out of it and headed to Canada’s capital.

I had to connect in New York to get to Ottawa, as it’s one of the few Canada destinations not served from Minneapolis. Upon landing, I took an Uber to my hotel, the Radisson Parliament Hill.

Just like in Vancouver, I was upgraded to a suite, but this one didn’t have quite the same view. Still, the upgrade was welcome, and the room was perfectly fine.

I spent much of the day walking around Parliament Hill. The weather was perfect and I enjoyed the architecture.

The following afternoon I Ubered to Canadian Tire Centre, on the outskirts of the city. I got really lucky on seats (and the Exchange Rate didn’t hurt either!) and grabbed a seat 3 rows from the ice! The view was incredible.

Playoff hockey games have a great intensity, and this one was no exception. Tight, fast hockey made for an entertaining contest. Despite Boston pulling ahead in the second period, Ottawa knotted it up in the 3rd, and the game went to overtime.

I’ve seen a lot of playoff hockey in person, and quite a bit of overtime as well. I’ve only seen the Bruins lose one playoff game (to New York in 2013), but unfortunately my good luck couldn’t continue. A late penalty in regulation carried over into overtime and doomed the Bruins.

Despite the rough loss, I had another great trip and really enjoyed getting to explore Ottawa a bit more.