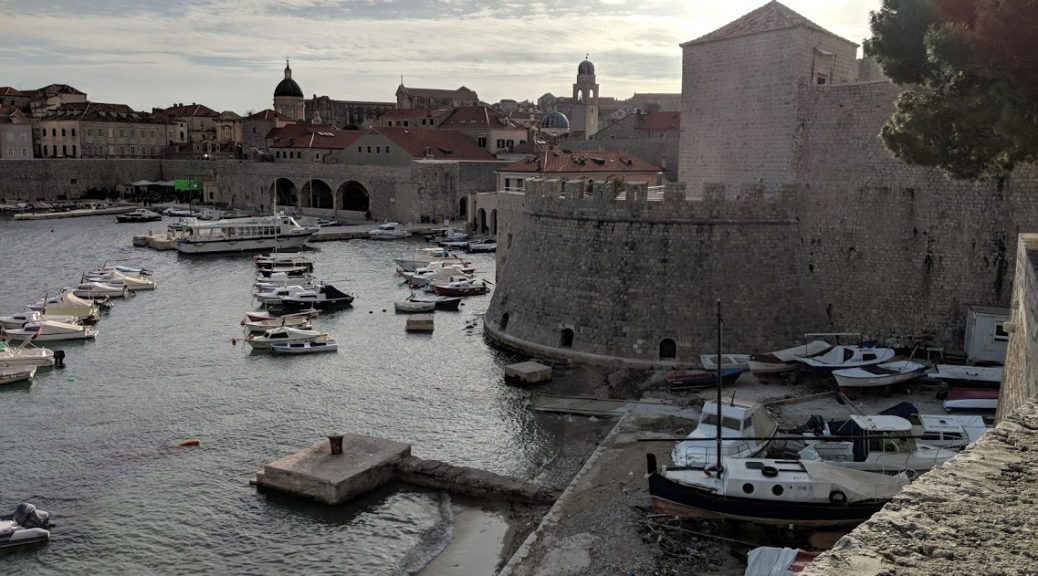 We arrived back into Dubrovnik in the early afternoon. The old city has seen a huge increase in tourism recently, especially from Game of Thrones fans that travel to see many filming locations; the city is the primary filming location for the show’s King’s Landing. Even though it was shoulder season, it was still quite busy. Traffic and parking were a nightmare.

When parking, I always drop a pin in my Google Maps so that I don’t forget where I’ve left my car. This is especially true in larger, unfamiliar cities, or if you park on the street versus a garage. It was especially helpful on this trip!

As with the other places I visited on this trip, the best thing to do was simply to walk around. Dubrovnik’s old city is incredible, and one of the more beautiful destinations I’ve ever been.

There are plenty of filming locations from Game of Thrones you can see just from walking around.

We grabbed dinner at Dubravka 1836, which offered stunning views of the Lovrijenac, Bokar, and Minčeta fortresses.

After a very long day, we finally headed back to our hotel and packed for our trip back to the United States.

The next morning, we left the hotel nice and early to head to the airport. While Dubrovnik has almost 50 airlines that operate service during the summer, there are far fewer options in the off season. On the day of our departure, there were exactly 4 flights across two airlines (3 Croatia Air flights to Zagreb, and 1 British Airways flight to London). This was stressful, as we were flying standby, and our options were quite limited.

Luckily, we made it on the first Zagreb flight without issue, and from there connecting to Paris. The flight back to the US was in coach and was uneventful.

While my time in Croatia, Bosnia and Herzegovina, and Montenegro was short, I greatly enjoyed the trip and would not hesitate to visit each country again! I highly, highly recommend exploring the entire region; it’s my favorite in Europe!