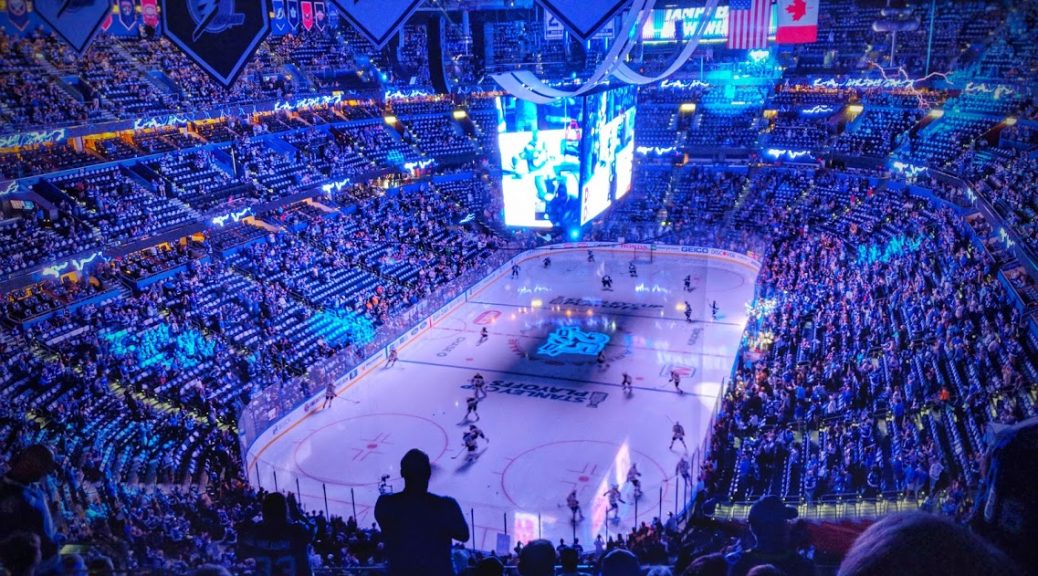 Since 2010, I’ve attended at least one Boston Bruins playoff game every season. It’s a fun little tradition, and while I love watching the games in Boston, I’ve also enjoyed seeing Boston play on the road.

This year, Boston faced off against Toronto in the first round of the playoffs. I’ve never been to Toronto, and it’s a fantastic hockey town. However, because of that, tickets are absurdly expensive. The least expensive seat I could find was still $500 CAD, too rich for my wallet. Thankfully, Boston bested Toronto in 7 games and allowed me to attend a game in the next round, against the Tampa Bay Lightning.

I flew into Tampa the morning of the game. While it would have been possible to take an Uber or Lyft downtown for the game, a rental car and a hotel by the airport was more affordable. I typically use Hertz when renting a car, and Tampa has Hertz Gold Choice available, allowing me to choose any car in my row. I grabbed a Hybrid Ford Fusion and was on my way quickly to the hotel.

Since this was a one night trip, I decided to stay right near the airport. The Four Points Sheraton Suites was the most affordable Starwood/Marriott option.

The hotel’s older and a bit worn, but the rooms were large and clean, and it was just fine for a one night stay.

After a quick nap, I drove to Amalie Arena for the game. Tampa’s played here for the past 22 years, though the arena’s had different sponsors over time. The arena’s located right on the water, and the area is a great place to walk around before and after games. Unfortunately, the weather wasn’t cooperating, and rain meant I headed right inside.

Tampa’s got a great fanbase, despite being a nontraditional hockey market. The fans are loud, especially in the playoffs. The recently renovated arena has all sorts of neat features, like a massive organ and tesla coils, playing to the Lightning name. Perhaps most notable are the massive scoreboards that stretch the entire length of the ice.

The game ended up being a pretty one sided affair, with the home town team winning the game and clinching the series, ending Boston’s season. Despite the loss, I enjoyed the trip, as playoff hockey, even when your team loses, is not something to miss.