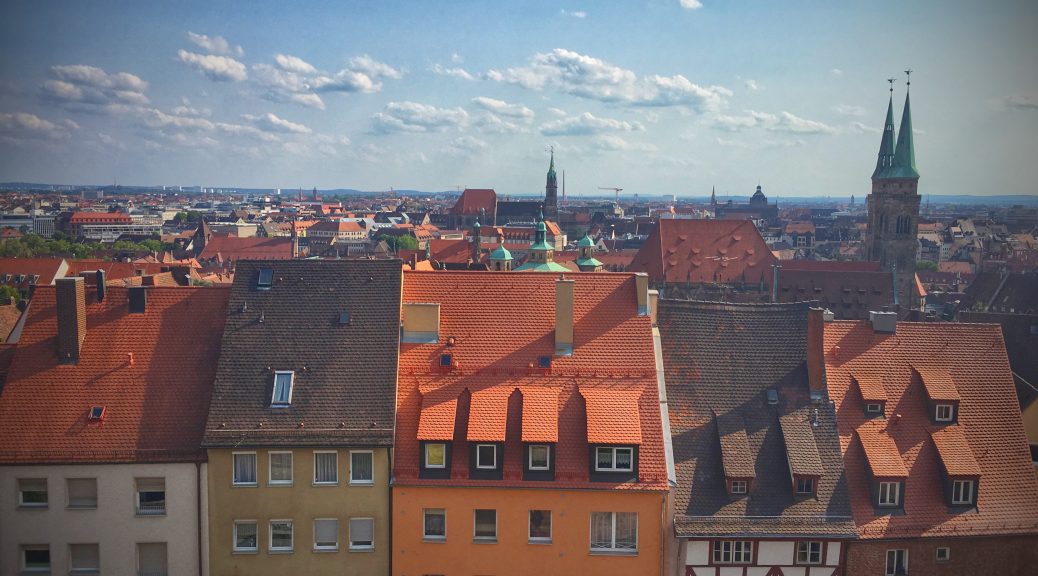 On the way back to Munich from Karlovy Vary, we decided to take a detour and check our Nuremberg. While Nuremberg is perhaps most well known for the War Tribunals after World War II, my friend and I wanted to explore the beautiful city, admire the architecture and enjoy some great German food.

The city is very walkable, so we parked the car in a garage and got out to explore.

After some bratwurst and beer for lunch, we hiked up the hill to Nuremberg Castle for a great view of the city.

After exploring for a few hours, we hopped back in the car and continued to Munich. We grabbed a light dinner by the hotel and slept early, as we knew we had to be at the airport well in advance of departure the following day.

Earlier this year the US Government instituted enhanced security screening on all flights coming into the United States from Europe. Knowing this, we arrived at the airport 3 hours in advance of our scheduled flight…and it’s a good thing we did.

Before checking in, we had a quick interview with security. This has been pretty standard for a while now, and wasn’t unexpected.

After getting our boarding passes, we then went through a security check and exit immigration. While this again is standard, the area where this was done was moved to the other end of the airport, and the lines were quite long. It took over an hour to get airside to the gates.

Where things differed however was a second security check en route to the gate. This one was much more intensive, as everything electronic had to be removed from our carry-on bags, and our bags were swabbed for explosives. In addition, our shoes had to come off and were swabbed as well.

Despite arriving at the airport 3 hours early, we didn’t get to the gate until approximately 45 minutes before departure. Thankfully, our Business Class seat assignments were waiting for us, and we boarded to head home.

The meal service was excellent as usual, in particular the tasty dessert.

After dinner I grabbed a few hours of sleep, but woke up for the pre-arrival meal.

I really enjoyed my time in Czechia, despite the whirlwind nature of the trip. I’ll be sure to return in the future, as there’s still so much to explore. While I’ve visited Germany several times, it never fails to disappoint, and it was nice to explore a new city as well!