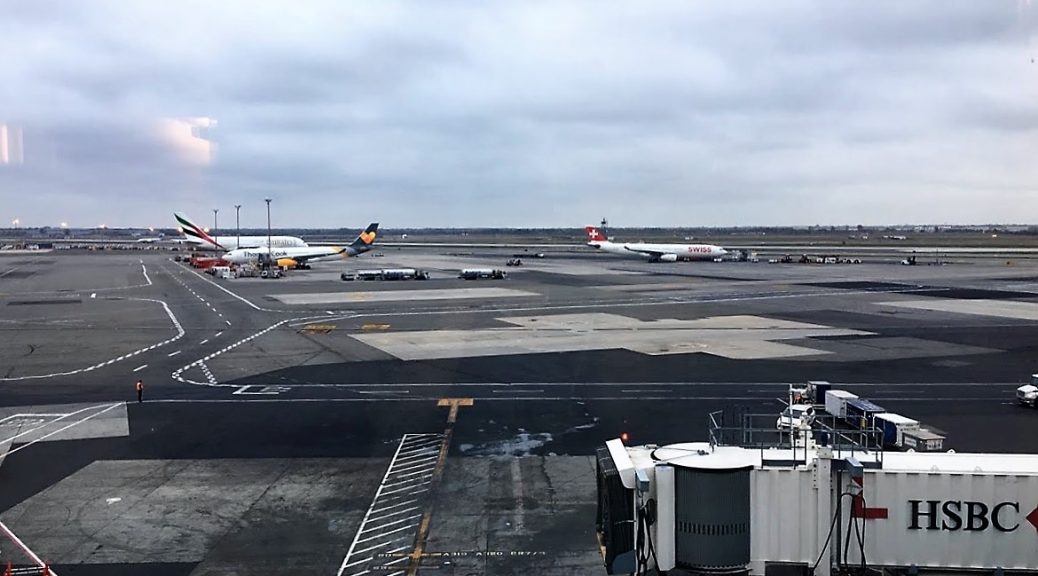 Fall is the best time to travel if you’re flying standby. The weather is cooler, the large tourists crowds have dispersed, and most importantly, flights are typically open. It’s why I will typically schedule one of my vacation weeks in October. While my friend and I had discussed trips as far flung as South Africa, Sri Lanka, or New Zealand, we decided on a slightly easier trip, planning a visit to Switzerland, Liechtenstein, and France.

The start of our journey was a flight to New York. From Minneapolis, Delta has 6-8 flights per day into LGA, so while JFK would have been ideal for us, LGA flights are much easier to get on. We grabbed an early morning departure and hoofed it to Kennedy. Transit between the two airports isn’t difficult, as there’s an Airporter Shuttle that runs roughly every 45 minutes, and costs about $15. If you have more than two people, consider hiring a car service. I typically use Carmel Car when doing this, as you can get a 4 passenger car for around $30.

Once arriving in JFK and clearing security, we headed to the Sky Club in Terminal 4. Delta’s done a great job with this club, and it’s one of the best clubs in the system. Plenty of seating, solid food options, great views of the ramp, and an outdoor Sky Deck to get some fresh air.

Boarding started an hour before departure, and we had no trouble getting Business Class seats. Delta runs the 767-300ER between JFK-ZRH, and my friend and I were cleared into the two seats in the center. While we pushed back from the gate on time, we were delayed about 30 minutes on the ramp while the pilots troubleshooted an electrical problem.

After takeoff, the flight attendants came by with hot towel and drink service. Though I don’t usually drink on flights, Delta had a special cocktail in honor of the 150th anniversary of Jack Daniel. This drink had Jack (of course), apple juice, and ginger ale. There was also a serving of roasted almonds to go along with it.

The starters included a chilled salmon dish, brussels sprouts salad, and a sorrel and chive soup, along with bread. I passed on the salmon, but the soup was good, as was the salad.

For the main course, I chose the braised chicken with chestnut spaetzle, Dijon and cornichons. The chicken was perfectly cooked, and tasted great.

Dessert was my typical ice cream sundae, with caramel, whipped cream and a praline crumble.

Thanks to the late departure from New York, I was able to fall asleep immediately after dinner. While many don’t like the 767 seat because of the smaller footwells, I usually have no trouble. The flight is relatively short, but I was able to get about 5 hours of sleep, waking up at the start of our descent.

Immigration into Switzerland was smooth, and we headed to get our rental car. If renting a car in Europe (or really, anywhere outside the US), be aware that the majority of car rentals are manual transmission, and if you want an automatic, you’re typically going to pay extra. We had reserved a manual transmission here, but were upgraded to an automatic free of charge, which was a nice surprise! Despite the fact that we were picking up the car in Zurich and dropping it off in Basel, we got a very good rate, paying only about $80 for a 2 day rental.

After packing up our luggage and inspecting the rental car, we set off for the 6th smallest country in the world, the Principality of Liechtenstein.

One thought on “3 Countries in 4 Nights – Part 1: Flying to Switzerland”