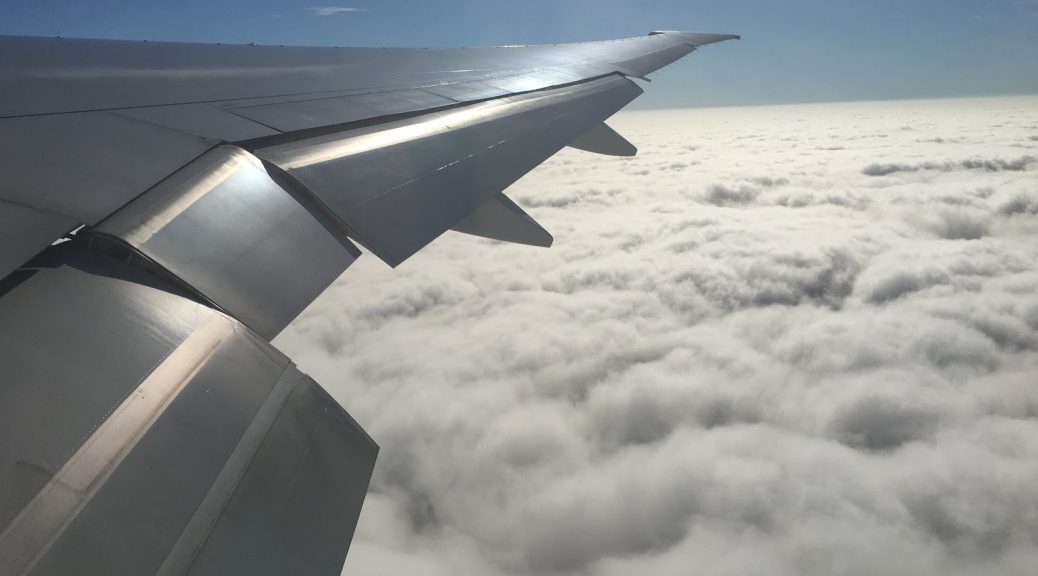 While I could have flown back to the US directly from Paris, I still had almost a full week before I needed to return to work. I also wanted to make a return trip to visit some friends in the Philippines, and in all my years of travel, I had never circumnavigated the earth. This was the perfect opportunity to do both.

From Paris, the easiest option was a Cathay Pacific flight via Hong Kong. I was excited to try out a new airline, but wasn’t looking forward to the 11 hour flight. Thankfully, I was given a window seat, so I could at least rest my head against the window.

Shortly before boarding, I was called up to the gate. When flying standby, this is typically a very nerve-wracking experience, as you never know if they’re going to take your seat assignment away. Thankfully, I still had a seat on the aircraft, but they had to move me to a different window seat that had an inoperable seatback TV. The gate agents were incredibly apologetic, but that’s how it goes flying space available.

As I was boarding, the gate agent again apologized and let me know that she kept the middle seat next to me open, so I could use that screen. I was more excited about having an open middle seat on an 11 hour flight than the IFE!

I settled into my seat and took a quick look at the entertainment options. In addition to the standard air show and streaming movies/TV, Cathay has a feed from a camera mounted on the belly of the aircraft. As an aviation geek, I was thrilled, and stayed glued to the screen for taxi and takeoff.

The flight attendants also passed out a menu and headphones. While Economy class food is nothing special, having a printed menu is a small, but welcome touch.

They then came by with water, peanuts, and a moist towelette.

The meals were served shortly after. I chose the beef option, with a Coke to drink. It tasted pretty good, even if it didn’t look particularly special. I also appreciated the bottle of water on the meal tray.

After lunch, I fell asleep for about 4 hours. I woke up and was feeling a bit hungry, so I rang the call button and was quickly served a cup of noodles, which hit the spot.

As we approached Hong Kong, the IFE screens rotated through a list of gate assignments for connecting flights. This was a very nice feature I hadn’t seen on any other airline, and it was quite appreciated.

We were greeted to a nice view of Hong Kong on final approach, and we touched down early. Transit security was smooth, and I was at my gate for my flight to Cebu within 30 minutes of landing.

Despite being my longest flight in Economy, the flight was good and I really enjoyed the Cathay Pacific experience. It was a great end to my Europe trip and a great start to my return visit to the Philippines.