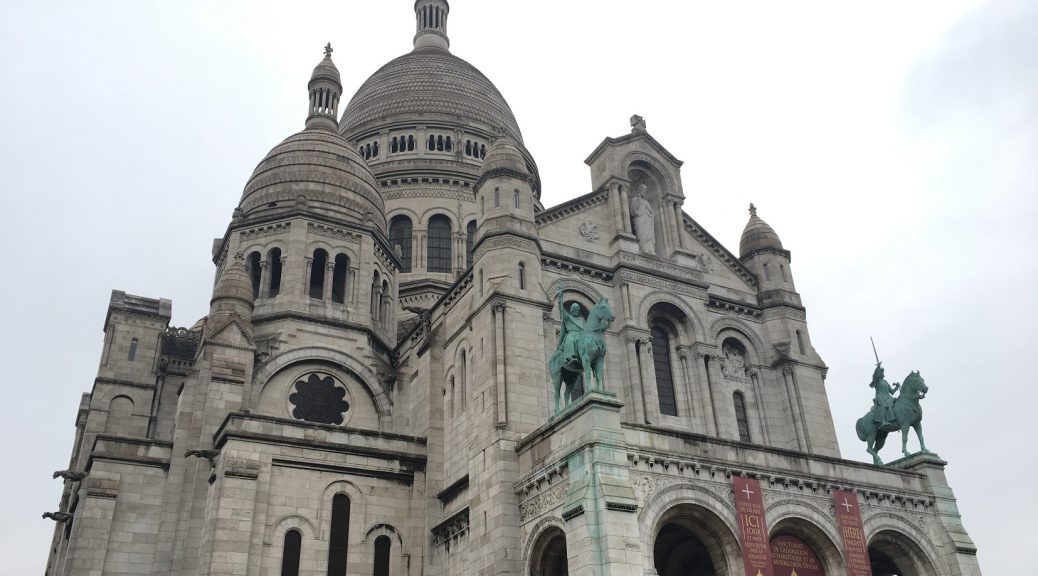 The following day we headed to the Basel-Mulhouse-Frieburg Airport. The airport is actually across the border in France, but serves three countries. The airport’s fairly small, and signage while driving in was VERY poor, particularly for rental car return. Eventually we found the turnoff to return the car, and checked in.

In addition to standby benefits on my airline, I also have the ability to fly standby on many other airlines, including Air France. The fares, especially within Europe, are very affordable. Of course, it’s still on a space available basis, but in this case we didn’t have too much trouble getting on.

This flight was on an Embraer E170 operated by Arlinair, a regional carrier for Air France Hop! I love the E170, as the plane feels like a mainline aircraft, but with 2-2 seating.

We boarded via a bus gate, and quickly taxied and took off. The flight was less than an hour, but they still managed to do a drink and snack service, which was a tasty apple cookie. I just had water with it.

We arrived at Paris Charles-de-Gaulle in Terminal 2G, which is used for shorter, Schengen flights. The terminal is detached from the main Terminal 2, and thus we had to take a bus to Terminal 2 to catch a train into the city.

While transportation within Paris is pretty good, I loathe getting from CDG to the city. It’s not difficult, but it’s time consuming. The RER B train runs from CDG to Gare du Nord, and from there you can catch the subway to your hotel or the tourist attractions.

Our hotel was another Accor property, the Mercure Hotel Louvre, located in the 9th arrondissement. It was a short, five minute walk to the Metro, making it very easy to access all Paris has to offer. The hotel was small but nice…though the decor was odd…

Our first stop was the Montmarte area of Paris and Sacre-Coeur. This area is beautiful, and offers truly remarkable views of Paris. However, the view requires some work, with an absolutely brutal hike to the top. If, like me, you want to skip that, you can take the funicular to the top for the same price you’d pay for a subway ticket.

You can take the funicular down as well if you like, but we chose to walk back down, spotting some great street art along the way.

From there we headed towards Notre Dame. Though the weather was pretty cloudy most of the day, some sunlight peeked through for some great lighting for photos.

We took a quick walk to the Arc de Triomphe, beautifully lit up at night.

For dinner, we stopped at a café. When I’m in France, I typically order the duck, as it’s cooked wonderfully. This trip was no exception.

We took the metro back to the hotel and got to bed early, as we had a very long day of driving ahead.

The next day, we decided to do a day trip from Paris to the beaches of Normandy. We picked up our rental car from the Louvre, and made the trek north. By far the most nerve wracking part of the drive was entering and exiting the Place Charles de Gaulle, the twelve way intersection around the Arc de Triomphe. Once through that intersection, we were out of the city quickly, and onto the highway.

As a history buff, I’ve always wanted to visit Omaha Beach. Being able to see and step foot where thousands of brave souls fought to liberate France from the Germans was incredibly impactful. The beach itself is fairly understated, with only a monument, a few plaques discussing the D-Day landings and a memorial on the beach. Despite that, the experience was memorable.

Nearby is the Normandy American Military Cemetery, which we visited after Omaha Beach. At the entrance to the cemetery has maps and a description of the invasion and battles that took place. Almost 10,000 American men and women are buried here. The site is beautiful, and well worth a visit after Omaha Beach. We spent about an hour here just walking around, taking it all in. Overcome with emotion, I don’t know if we spoke a word the entirety of the time we spent there.

On the way back to Paris we stopped in Caen for lunch. This waterfront town was beautiful, and we explored a bit here before continuing our drive back to Paris.

Since our rental car drop off was located at the Louvre, it gave us a chance to check out the Louvre Pyramid, as well as the Pyramid Inversée located below.

To wrap up our evening, we stopped at a crêperie for a sweet treat, before heading back to the hotel to pack.

I would highly, highly recommend a trip to Normany the next time you’re in Paris. It’s a trip that can be done in one day, but if I were to do it again, I’d spend the night in Normandy, and tack on a trip to Mont-Saint-Michel as well.