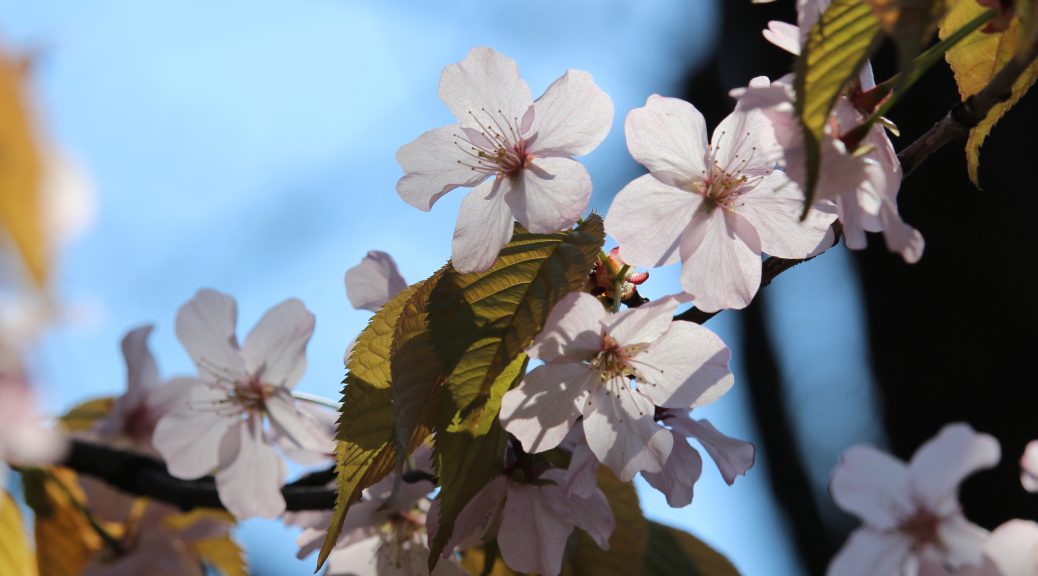 Though I’ve been to Japan several times, I’ve never ventured anywhere other than Tokyo. My friend and I have long talked about flying to see the cherry blossoms when they are in bloom, and as luck would have it, we both had some time off at the beginning of May. Normally this is too late for much of Japan, but it’s perfect timing for the northern island of Hokkaido.

We hopped on the Delta nonstop from Minneapolis to Haneda, in the hopes of catching either an All Nippon or Japan Airlines flight up to Sapporo. The Tokyo – Sapporo route is the busiest in the world, with hourly widebodies on the short, one hour flight. It puts routes like New York – Chicago to shame.

We managed to get Delta One to Tokyo, and the flight was pretty standard. The food and service were good, and I managed several hours of sleep, despite the older herringbone 777 seats.

Upon landing in Haneda we checked in with ANA to find out that we had gotten two seats on one of their 777’s to Sapporo. The real surprise awaited when we got to the gate. Our aircraft was a special Star Wars themed livery. ANA’s done several of these over the years, and I was thrilled that I would get the chance to fly on one.

The surprises continued once on board. While many airlines do special liveries, ANA goes even further, as the interior of the aircraft had matching headrest covers, the flight attendants had special uniforms, and we even boarded to the Star Wars theme music!

ANA even put in a little surprise in their in flight magazine.

Without question this was one of the most fun flights I’ve ever had.

From New Chitose Airport, we took a Limousine Bus to our hotel in downtown Sapporo, which took about an hour. We grabbed a quick dinner but fell asleep quite early.

The following day was spent walking around Odori Park and Maruyama Park, in the center of Sapporo. There were plenty of blossoms here, along with beautiful fountains and monuments. It’s impossible to get tired of looking at the trees full of blossoms, and I took well over 100 photos.

We hopped on a Jetstar Japan flight back to Tokyo the next morning, and met up with some friends. While Tokyo was great as always, the highlight of the trip was finally getting to see the cherry blossoms in full bloom.